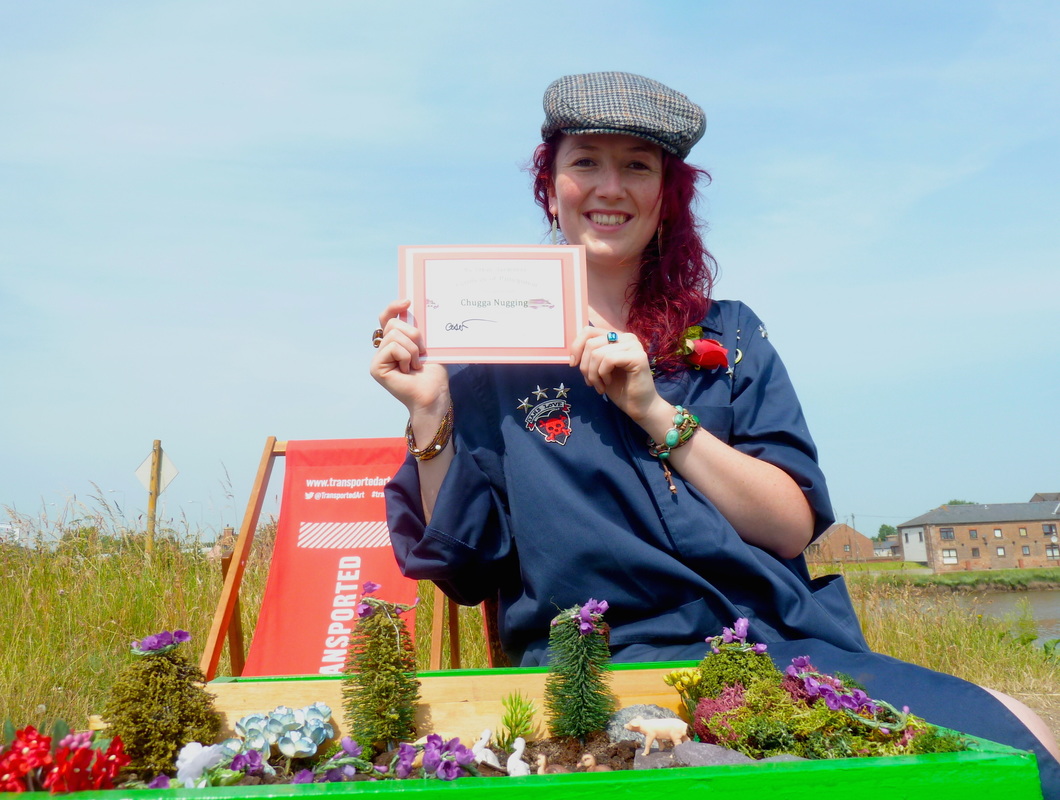 *The NUGs created this honorary position in 2013.
It is given as an honour with no duties attached, and without payment.
The position of Honorary NUG is for life
​The position entitles the recipient to receive NUG promotional material for life**
** Providing we know where to find you.
​
*Rosie is the 1st recipient of this award in the Modern era, Thompson Bancroft created this title at some point in the 1720’s (Further research required).
Transported / NUG Notes
​Reseach / Field Work

On Thursday 12th September the NUGs rendezvoused with Electric Egg at Freison Shore.
Electric Egg (Steve and Neil) interviewed the NUGs about their involvement with the Transported project. Additional footage of the NUGs in action was shot...an impromptu music performance, NUG scare-crowing and scenes showing the NUGS engaging with members of the public...a good day was had by all.

The NUGs would like thank Electric Egg...THANK YOU Steve and Neil...cheers!