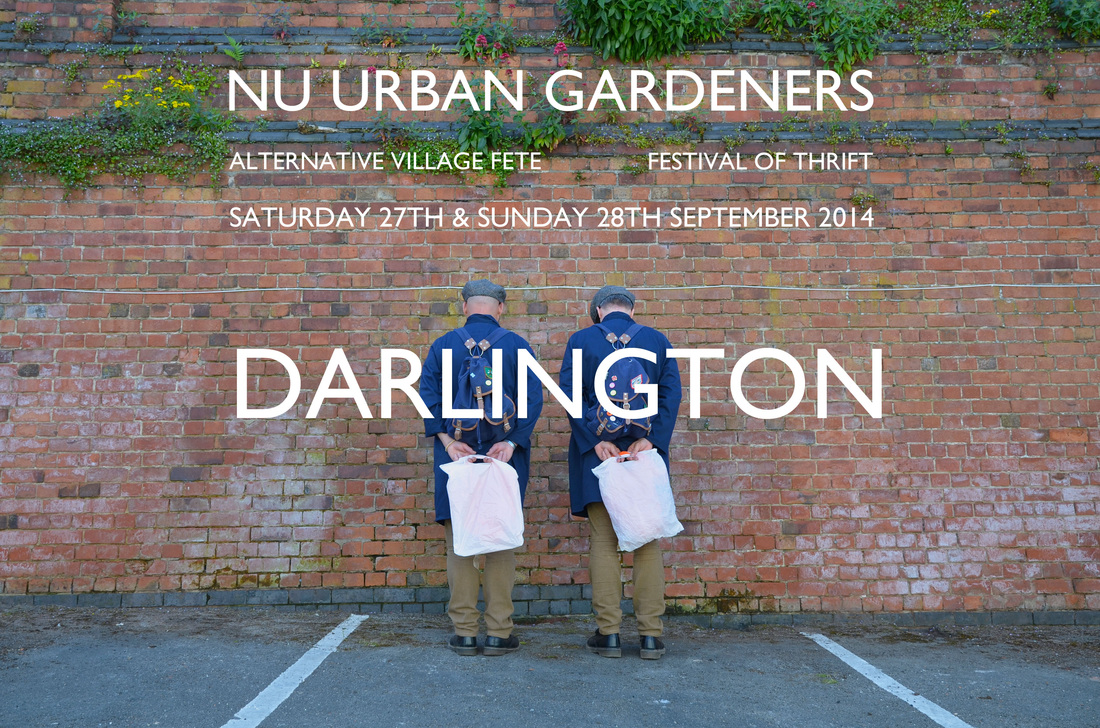 Sunday 28th September - Beehive Gallery 2.00pm. The NUGS were in conversation (with each other) followed by a Q&A session. After the talk the NUGS invited the audience down to the village green to make  Gardens of Thrift.

The NUGS would like to thank Janet, Mimi, Scarlett & David from Home Live Art for firstly inviting the NUGS to take part and secondly for being such good hosts. The NUGS would also like to thank the Festival of Thrift festival team and all so the good people of Darlington and beyond who visited the festival...you were great!

The NUGS were invited by HLA to participate in the second Festival of Thrift. Home Live Art's Alternative Village Fete is a festival within a festival and the NUGS were commissioned to create miniature gardens of thrift. Five years to the day on Sunday 28th September the NUGS marked their fifth anniversary.

Show real of images from the Festival of thrift. Further images will be added over the next ten days.

The NUGS are unable to show all our photographs on our site and apologise if you are not among our selection.