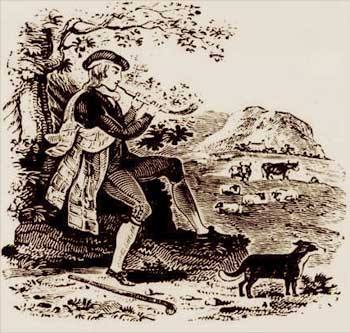 Born to Richard and Agnes Bancroft, Thompson is registered as, born in Nottingham. The family was originally from Little Caldy* in Cheshire, it is not known when they moved to the City.

Bancroft trained as a formal garden designer he rebelled against the formal preferring the more ‘natural’ style.

It is believed that Thompson Bancroft introduced the first ‘Ha Ha’ wall to England.

His life is historically intertwined with that of his mentor and friends Peter Aram, Margaret Aram and Eugine Aram.

Bancroft publishes 7 books during his lifetime of which ‘The Efficient Gardener’ gained popularity.

Bancroft became a founding member of, ‘The Worshipful Company of Gardeners’ an 18th Century club. By association this ‘secret society’ inspired curiosity and fascination (at best) and notoriety and distrust (at worst).

"I read of Aram’s death and I lamented my guides passing…I became all melancholy...moreover a moment of sadness amongst the flowers..."
On the death of his mentor Peter Aram (1735)
Thompson Bancroft


"I am proud to have my books published under my own name...to see ones own name in print is pleasing to me...Thompson Bancroft I pronounce as I hold my book aloft...I say to Thomas...fear not failure for is not Abercrombie more worthy than Mawe? Publish and be dammed!”
Thompson Bancroft


"As I sauntered I celebrated the season by taking in the scent of the lovage, the rosemary and the sweet bay. Although the townhouse garden of Nathanael Heathcoat is modest and functional, the gardens contents contain a wide variety of potherbs and flowers. The garden is based upon a medieval pattern, geometric with raised beds and surrounded by gravel…salutation to the present…but not the future“.
Thompson Bancroft


“We shall lose our wild knowledge...there will come a time when our folk fruits will be gone ...and when that time reaches us so our family tree will be lost.”
Thompson Bancroft 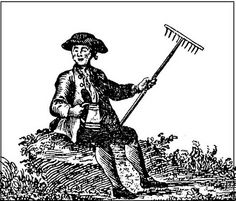