WE OPERATE A RED AND YELLOW CARD SYSTEM 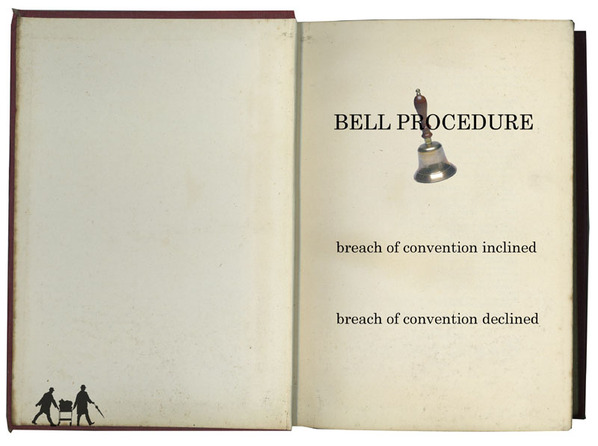 1. Throughout these rules the expression NUGs means the Nu Urban Gardeners.
And this includes any individual associated and appointed by the NUGs.
These rules are made under the provisions of the Miniature Allotment Acts 1808-2010 (Known as ‘The Acts of the slight’). The term ‘the tenant’ or if we shall have penchant to: ‘Licensee’ means the person or persons who has been approved by the NUGs to take temporary holding of a plot. The tenant is accepted as an allotment tenant only after s/he; the tenant has agreed by the NUGs clubs and society rules. It will not always be necessary to have signed the agreement form.
Allotment lands covered by these rules and regulations

2. These rules are applied in respect of temporary allotments and miniature gardens (both static and mobile, and other structures (as and when they are requested and created). This additional item includes all future manifestations (variants and new developments) and managed by the NUGs.
Applications for allotment tenancies

a. Preference may be given to an applicant appearing most likely to use the plot with immediate effect.
b. Equal preference shall be granted to all. (The NUGs do not except bribery or solicit favors).
c. If all other factors are considered equal then preference will be given to the applicant Whose name appears first on the waiting list of applications for tenancies. The waiting list will be retained in the NUGs’ record of participation as and when all garden plots are let and thereafter,when they become vacant. After a period of time new names will be added to the list, as stipulated in section 7. The NUGs reserve the right to perpetrate errors in the book keeping…the proviso is that these will not be deliberate and is will probably be due to the pressures of the events.
d. For future residents awaiting approval for a tenancy. The NUGs will record all relevant details and book plot/s of land accordingly. The NUGs will allocate you a time in which you can return to the plot and commence with cultivation and building (NUGs require time to make good the plot for your usage).
e. All future tenants’ must return within 20 minutes after giving their details (unless a special agreement has been approved).
f. Tenants who do not claim their plot within the 20 minutes may find that the plot has been given to the succeeding tenant.
Division of the lands into allotment gardens

4. The NUGs divide the allotment lands into individual garden plots. We work in a system similar to the Pole measurement (25m2) however we use the matchstick measuring system. A separate plot number distinguishes each allotment garden. Each plot is defined by a garden plot boundary.
The plots are all bound by the Clubs and Societies rule book. The rules and regulations will not necessarily be shown or be attached to the plot number sign. The plot becomes forfeit if the tenant takes down the sign.
a. Similarly, access paths that have on occasions been created and defined on the plots will be maintained by Tenants. The tenants are expected not to extend their garden plot boundaries in any direction whatsoever beyond the boundaries as demarked by the NUGs.
b. NUG negotiation strategy – Section 4 (Tea Trolley Management) the rule book states: A single plot is permitted to occupy the whole plot. This loss of sub-division can be practically applied in several ways, 1) before the commencement of sub-division (where it is deemed appropriate not to sub-divide the plot) 2) Where sub-division has taken place NUG can permit solo individuals/groups to enter a process of negotiation where the sub-divided plots can become one.
3) At times of high demand and in order to maintain ease of access, there will be a ‘Land Management System’ (LMS)* introduced…this will prevent garden plot congestion at and around the trolleys/static plots.
4) Mobile peculiarities’ – Vibration damage can be triggered by the motion of the trolleys. NUGs are not responsible to any upheaval this creates and is beyond our control whilst the trolleys’ are in motion.
*‘Rules and engagement for the miniature horticulturalist’ Home Grown Publications (2010)
Use of allotment plots by tenants

5. All allotment gardens covered by these rules must be wholly and solely cultivated for the production of NUG activities and for the cultivation of enjoyment of the tenant, the family and others.
a. No allotment garden will be used for trade or business purposes as defined by the Rural Investment Act 1667. No profiteering from the labor of others is permitted for competition purposes.
b. Additionally no allotment plot will be used for the keeping of hens, rabbits, bees, pigs or other similar animals. The exception is if those animals are made of plastic and includes dinosaurs’ and living bugs (this includes bees and wasps, ants, spiders, passing butterflies and moths and ladybirds and aphids and other creepy crawlies.
c. Additionally the NUGs strongly request that we have no explosives on site.
d. The NUGs do not permit the use of naked flames, or bonfires on site.
e. The NUGs do not permit the cultivation of band and illegal substances.
F  The NUGs request that tenants do not construct fortifications or use barbed or razor wire.
g. Tenants shall keep their plots clean and in a good state of repair.
h. Tenants are requested not to cause nuisance or annoyance to any other alternative plot.
i. Tenants shall not exceed a reasonable period of occupancy (maximum time 1hr).
j. Tenants may not remove material from other plots whether they are still being used or are waiting to be returned to a fallow state (unless prior agreement with the NUG management committee).
k. You are requested that upon the end of your tenancy not to remove materials away from the premises for your personal use (unless prior agreement with the NUGs management committee).
l. Any unsolicited development of a plot/s is an offence and the policy is for the NUGs to call council and declare for a Bell Procedure.

6. Any infringements may remove your rights to tenancy. The NUGs reserve this right and the enforcement of those rights remain in the hands of the NUGs (On occasions in order to exercise and to police the correct procedures these powers can be handed to NUG representatives. Acting as Site stewards any disciplinary procedures are relayed to the NUGs who in turn will make a judgment call as to what appropriate action shall be taken.) Tenants have a right to an appeal procedure. Tenants have two minutes from the sound of the bell to state their case to the NUGs.

6.1 The bell process and procedures are forthwith proclaimed. Upon the tolling of the hand bell, the NUG management will stand in silence in formal pose. They will listen to the plea and after a period not exceeding two minutes issue a return statement. A tenant will hear one of two possible calls.
a.   Breach of convention inclined
b.   Breach of convention declined
Should a tenant hear call a. The tenant is welcome to return to the plot. Should call b. be issued then the NUGs request the tenant abides by the rules of engagement and he NUGs cordially invite you to vacate your plot. No grievances are personal and the NUGs request you join them in a handshake and a hug from a NUG!
Plot Tenancy and Agreement (unrelenting additions and clarification of facts)

7. Applications for an allotment garden must complete and sign an Allotment Tenancy Agreement on a form supplied by the NUGs for the purpose of processing and administering the plot distribution system. This is known as the plot management system.

8. The tenant shall not change the defined boundaries of garden plots in any way without the prior consent of the NUGs.
a. The tenant must not deposit or allow other persons to deposit any refuse on to vacant plots
b. The NUGs reserve the right to hold the power to inspect all plots.
c. If the tenant is not duly observing the rules affecting the allotment garden or any other term or condition of his tenancy.
d. If the tenant carries out any action which in the opinion of the NUGs may constitute an illegal/criminal act.
Cultivation
1. The construction of both paper garden sheds and acetate greenhouses is available (See examples plans section). Tenants may choose to cut and fold these structures with the scissors’ provided by the NUGs. The NUGs recommend you cut out these structures with safety in mind. Sharp implements’ are dangerous for children and whilst cutting out and gluing the structures we suggest you do not leave your children unsupervised. Children before final assemblage may wish to colour the shed template.
2. Once plots have been created by the tenants the fruits of their labour shall remain in situ for not less than fifteen minutes and no more than two hours.
a. The exception shall be if a plot (whether documented or not) is considered by the NUGs as a potential prizewinner.
b. (a) does not necessarily imply that victory is certain.
3. Whilst the NUGs will make a stringent effort to introduce living foliage into the materials available to tenants. The NUGs cannot guarantee a supply of fresh produce is available.

The issue of penalty cards indicates that person or persons has committed an offense. In the event of a breach of etiquette or a violation of the rules, the NUG representative (in consultation) will deliberate and consider issuing a penalty card. Should a card be issued the following will happen:
The NUG representative shall hold the card above his head while looking or pointing towards the person who has committed the offence. The colour of the card used by the NUG official indicates the order of the offence and the appropriate level of punishment to be applied.

Examples include:
A yellow card is shown by the NUG official to indicate that a participant has been officially cautioned. The participants’ details are then recorded by the NUG official (see- sheet RF06). The participant/s having been cautioned may continue working on a plot (exception being if an offence has been committed that warrants immediate expulsion from the allotment plot ((see section 2)). The NUG R&R permit participants to receive two yellow card cautions.

A red card is used after a third infringement. The participant who is awarded a third strike shall be duty bound to forgo any rights to a certificate of participation. The presentation of a red card may result in a participant being permanently suspended from the field of activity (NUG stricture).

The issue of a red card may be used (in the first instant) to indicate that a serious offence has been committed and therefore can be used without the presentation of two yellow cards. The NUGs may use the following terminology to indicate the serious nature of the offence...dismissal, expulsion, removal, or inedible action

The awarding of certificates requires the NUGs to undertake a specific ritual.
Participants are politely reminded to show patience and temperance leading up to and during the ritual.
a. Signed by Head Gardeners CL-J & SW Awards & certificates Section: 2009/2010 ‘the Golden Spade Award’ (Watch this Space Festival’ participants only)
b. New awards approaches’ will be developed and created for additional NUG activities.

Photography: Caveat
Intimation of caution, The NUGs gives notice that they reserve the right not to publish all photographic images taken by the NUGs at NUG events and activities.